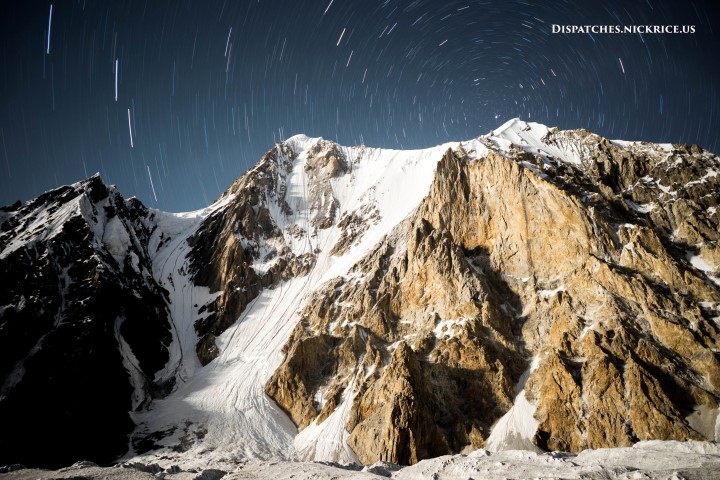 Today, after a clear and, for the most part, calm night, I awoke to a beautiful morning in base camp. There wasn’t a cloud in the sky and the weather was warm and calm. Today, both Ferran’s team and teams on Gasherbrum II are heading for the summit. In the afternoon, we received word that the Gasherbrum II teams encountered too much snow on the traverse and decided to retreat to Camp IV so that they can make another attempt tomorrow (weather permitting). We also noticed huge trails of spindrift coming off of the summit of Gasherbrum I in the late afternoon indicating ferocious winds up high. Ferran’s team has no contact with base camp so we relied on news from the internet to find out about their progress. Since this news is not from first person accounts here in base camp, I won’t publish it here (you can look at their blogs if you would like to know what they have published). Once they arrive back in base camp and tell us how the summit bid went, I will post news here. After dinner, since the night was clear, I stayed up well past 3am taking pictures of the surrounding magnificent peaks with the Milky Way stretched out behind them. I have posted one of the photos from tonight here